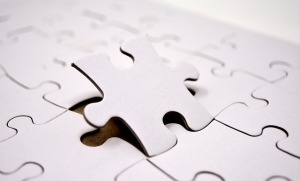 I thought for the end of the month it would be fun to do another T-SQL Puzzle. In this case a slight upgrade of the FizzBuzz puzzle using T-SQL. So here are the rules:

Argh: I made a mistake in my rules so I’m correcting them. New text in italics, removed text .

My solution (which I’ll email if you ask me nicely) took ~45 min with all of the … extras. Now I have a moderately slow laptop ($350 when I bought it 4 years ago) with an HDD. I’m also kind of so-so when it comes to T-SQL so I wouldn’t be surprised if you did better than me. As a comparison, the same thing with just 100 values per direction took ~3 seconds.