As you know from the last few posts, I’m in a class on Powershell. One of the first things we looked at are a number of environments we could use to work on and/or run Powershell scripts. Powershell ISE (Integrated Scripting Environment) was one of them, which I’m guessing isn’t going to be a big surprise to anyone.

Now, it’s a tool I’ve used before and generally prefer to the regular Windows Powershell tool. Mostly because it has the same console area (as Windows Powershell) and also has the ability to open multiple script files. Of course all of those files run the code in the same console area which can be a bit confusing at times. Particularly when you have leftover variables from the last script.

But do all of the files have to run in the same console area?? It turns out, no, they do not. You can open multiple console areas, and on top of that each of those areas can have multiple script files open within it. 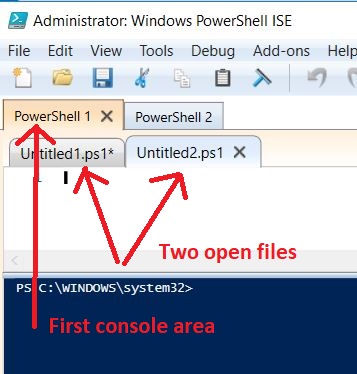 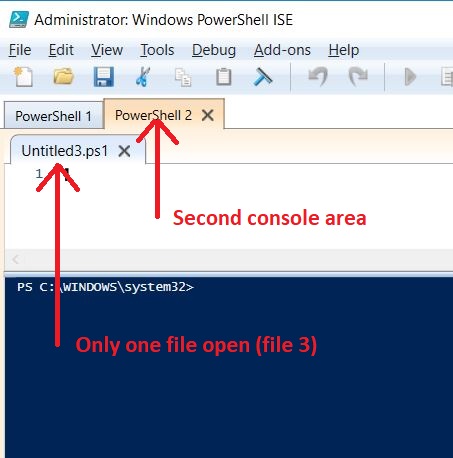